A 101-year-old great-great-grandmother was recognized by the Guinness World Records this week as the oldest woman to ever tandem paraglide. Mary Hardison of Ogden, Utah, took her record flight to celebrate her birthday in September of last year, while being cheered on by four generations of her family. This week, Guinness said it would officially add her feat to the record books. She said she was “humbled” by her record, and encouraged other elderly people to try to break it. “Do things as long as you are physically able,” she said. “Be positive. Friends don’t like a grumpy person.” 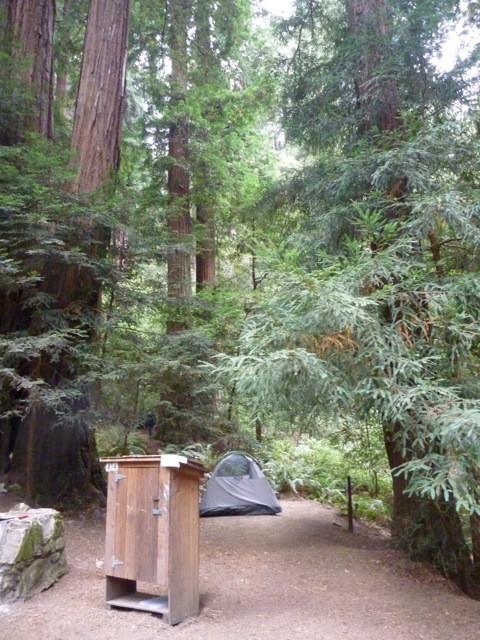 When we were camping at Sam Taylor Redwoods State Park two summers ago (campsite pictured above), I met another camper who was a retired woman traveling across the US in a converted van. I love meeting adventurous people of any age, but I especially LOVE meeting and hearing about adventurous elders who knock holes in my unquestioned assumptions about what it’s like to grow older. I want to be like these two women.

Who do you want to be like when you grow younger?

This entry was posted in Uncategorized. Bookmark the permalink.

One Response to Growing Younger